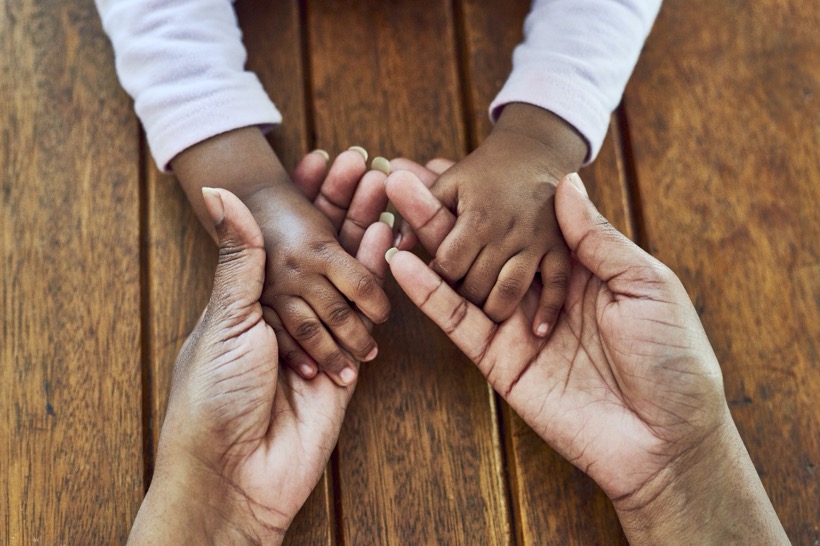 In May 2020, Rorisang, a mother of four girls from Thembisa took her 6-year-old daughter to Thulani Clinic to treat a burn wound. Rorisang is HIV positive and upon checking the child’s file the ANOVA\APACE and ELMA Counsellor and Linkage Officer realised that the child had not previously tested for HIV. In addition, when the Linkage Officer probed further, the other three siblings (1, 2 and 9 years old) had also not tested for HIV since birth and their immunizations were not complete. The Linkage Officer immediately referred all four girls, who were present at the clinic, for HIV testing and assisted to ensure that they catch up their immunizations. It was important to get them tested as soon as possible so that they could access life-saving treatment if needed. HIV transmission from an HIV-positive mother to her child can occur during pregnancy, labour and delivery or breastfeeding; there are still many children who were not diagnosed when they were younger and still need to be linked to care

Upon testing the girls, Rorisang’s firstborn Lebone tested positive while her siblings tested negative. “My heart has been broken ever since I found out that my daughter had also contracted the virus. It hasn’t been easy at all, and I am still in so much pain.” Expressed Rorisang. Lebone was started on antiretroviral treatment that afternoon but was asked to come back to the clinic the following day to do the necessary blood tests. The following day, Rorisang could not come with Lebone to the clinic. The Linkage Officer tried to get a hold of Rorisang, to no avail. The Linkage Officer urgently contacted the ANOVA\APACE ward-based outreach team (WBOT) to conduct on the ground tracing. When the outreach team got to Rorisang’s home, they found that she could not come to the clinic because her other children had fallen ill. Adding to their challenges, they had no running water and could not afford necessities such as food and clothing.

The ANOVA\APACE team assisted Rorisang and her daughter to go to the clinic and they referred the family to an Anova Social Auxiliary Worker. “I had to explain to my daughter she has to take medication every day to stay healthy. It was the hardest thing I’ve ever had to do. Lebone kept crying and asking me why she is the only one out of her siblings that is HIV positive.” Said Rorisang.  Upon finding out the extent of their challenges, Anova Healthcare Workers collected personal clothing to donate to the family. The social auxiliary worker assisted the family in applying for a South African Social Security Agency (SASSA) grant. In addition, the social auxiliary worker connected Rorisang with HOPE worldwide South Africa, who serve vulnerable children, households and communities and are supported by USAID through FHI 360 which provided food parcels to the family.

To address the emotional strain the family has endured, the ANOVA\APACE team has been assisting the family with ongoing counselling. Lebone and her mother Rorisang are both on ART and on the journey towards consistent adherence to their medication. “Although it has been very difficult for me to keep taking my medication, I am trying my best to stay alive for my children. I still face stigma from my community because of my HIV status, and this sometimes affects my emotional health and willingness to adhere to my treatment program.” Said Rorisang.

With support from PEPFAR, through the US Agency for International Development (USAID), the ANOVA\APACE activity aims to control the HIV epidemic in Gauteng, Limpopo, and Western Cape. ANOVA\APACE works with the Department of Health (DoH) to assist in preventing mother to child transmission in the postnatal period. South Africa has drastically reduced vertical transmission during pregnancy and delivery over recent years, however, there is still more work required to reduce HIV transmission between mothers and their babies during the breastfeeding period. In the future, this partnership between USAID, DoH and/or collaborations with community organisations and civil society can help to prevent new HIV infections, and especially reduce mother-to-child transmissions.