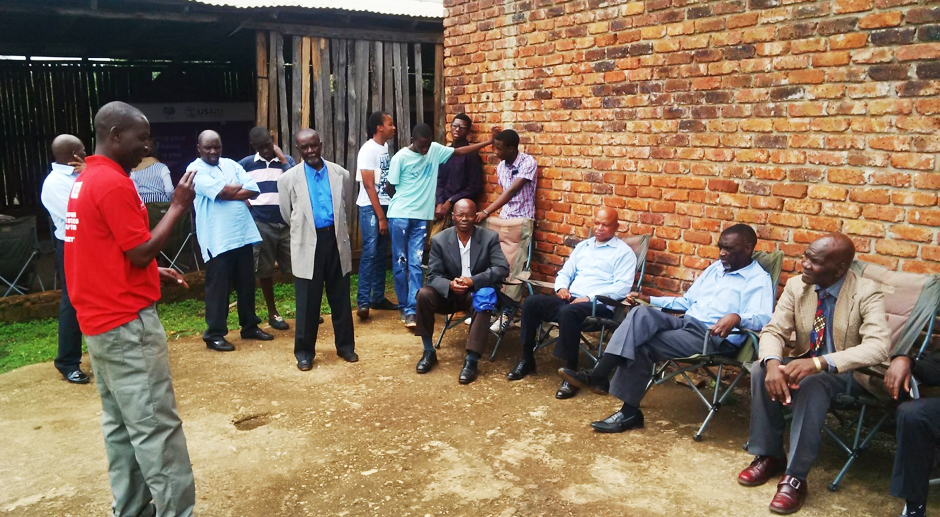 In partnership with INERELA+, funded through Aids Fonds, Anova's innovative new project, HIV Testing of Men through Faith Constituencies in South Africa, targeting men for HIV testing at religious congregations, has been gaining momentum. The first church-based HIV testing campaigns held in the Mopani district were a great success between October 2016 and December 2016 with a large number of men testing for HIV. The next big drive will take place in Mopani on March 19.

Compared to clinic-based testing, uptake among men at the church campaign was much higher. Moreover, religious leaders acknowledge the great potential and relevance of conducting these campaigns at their church.

The whole process is achieved through capacity building and
empowerment of religious leaders during a multi-day training and followed by build-up and mobilisation of men for HIV testing in each church. After several weeks of relevant messaging during church service, an HIV testing campaign day is held at each church. All attendants can test for HIV, but specific focus is for men to know their HIV status.

Anova’s Prof Remco Peters comments: "Exploratory research conducted by Anova showed a great potential of bringing the religious and healthcare sectors together to reduce stigma and improve uptake HIV testing. Together with our partners from INERELA+ we have developed an integrated model to target men at churches for HIV testing. The initial results are quite good and we are in process of further improving our implementation model."

A good example of successful HIV testing campaign is the drive that took place on November 20, 2016 at Presbyterian Church at Shilubane location near Shilubane health centre under Reverend Ruth Khoza. The event was designed specifically for men in the local community and Rev Khoza gave a presentation to the church members about the importance of HIV testing. This church has a very open mindset and there were no restrictions of the topics. Although the church is relatively small, 60 men attended with good uptake of HIV counselling and testing services.

Anova’s project coordinator in Mopani District, Samson Khoza, explains: "There are many reasons why men don’t test for HIV at our healthcare facilities. By providing education and free HIV testing services at the Church we allow a group of men to test for HIV that would normally not have tested."

Following the pilot implementation and evaluation of the project in 2016 in Mopani, scale-up of training and campaigns is currently underway and the project may branch out to Soweto in 2018.