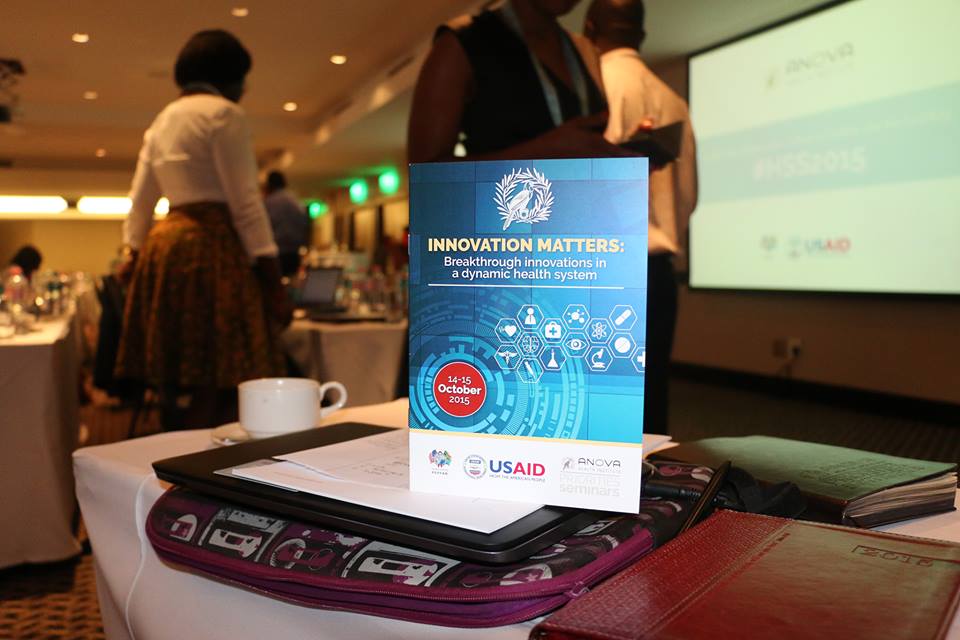 Its purpose, to expand knowledge and the understanding on the role of innovation in strengthening health systems, the symposium titled: INNOVATION MATTERS: Breakthrough innovations in a dynamic health system, was very well received.

In Africa, where there are approximately 6 000 doctors for 800 000 million people, the need for innovation and smarter systems in place to assist the health professionals is vital in improving how people access healthcare. With more than 3.1 million people on ARVs, South Africa has the world's biggest ARV programme.

The seminar was diverse and covered a variety of topics. Prof Glenda Gray, President of the MRC, said government needs to fund more health research and development. This same sentiment of how research is underfunded by our own government, was repeated by a few other speakers over the two-day seminar. Gray said: "We need to invest in medical research and innovation, publish it, so as to translate it into health practice...health research is not a luxury, it's a necessity." "

Gray also touched on how mobile apps and technology are changing the way clinics are run and making them more effective. One such app the MRC has been working on is the Triage App, which was piloted in Khayelitsha, telling the nurses how urgent a case is by punching a few key points into the app.

Gray also mentioned that TB is decreasing as an overall cause of death in SA, and diabetes is increasing. Prof David Saunders from UWC also stressed the issue of obesity and diabetes and said "diabetes is a bigger problem than HIV."

Tania Mathys from the WC DoH also acknowledged the role technology has played in bettering their services and how the alternative chronic medication distribution sites have helped in decongesting their clinics.

Dr Sean Broomhead from Africa Center of eHealth Excellence, highlighted the role mhealth plays in public improving public healthcare, but also stressed that "people come first, then the process, then the technology...point-of-care is our main focus."

Nyaradzo Mandimika, a Pharmacist, discussed gaps in drug supply management and also advancements made in data capturing and data quality via the electronic register TIER.Net.