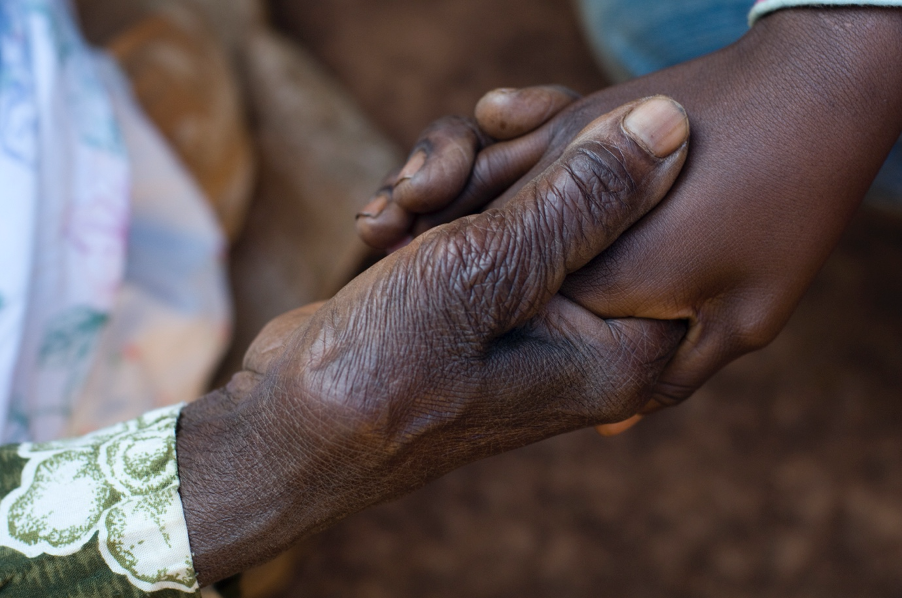 After the death of her mother, Ndivuwo who is 5 years old and her two siblings have been staying with their Grandparents residing in Giyani. The family stays quite a distance away from the nearest clinic and, due to financial constraints, were unable to travel to the health facility for regular check-ups for 20 months. As a result, Ndivuwo’s health deteriorated because she had no access to the treatment she required. Ndivuwo was diagnosed with HIV in September of 2014.

In March 2019, Anova Health Institute Accelerating Program Achievements to Control the Epidemic (ANOVA/APACE) program health workers saw the family at Makhuva clinic. The health workers found that Ndivuwo’s situation had worsened since her last clinic visit in July 2017. She had developed septic sores all over her head, and her viral load was not suppressed.  Her siblings also required medical attention as they had developed sores all over their bodies too.

The Anova health workers assisted Ndivuwo and her siblings to get the required medical attention and the appropriate medication. Anova health workers also visited their home, with a view to further understand their situation and assist with the appropriate interventions. They discovered that Ndivuwo and her family are facing even more challenges. The grandparents are unemployed, very poor and do not have money for necessities such as food, clothes, and transport. Their house was also in a dilapidated state. Anova contacted the Department of Social Development and the Mayor of Greater Giyani, Cllr Basani Agnes Shibambu to intervene. Anova Health staff at the Giyani subdistrict office were so moved by the situation and donated personal funds towards groceries and the installation of a door for the family home.

Ndivuwo and her sibling’s health conditions have greatly improved since Anova’s intervention. The sceptic sores that had developed on her head have healed as a result of her getting access to the medication she required. “Thank you for helping me. I felt good about what Anova did. The assistance with the children’s medical issues was good and when the sores come back, we can keep going back for further assistance.” Said Ndivuwo’s grandmother. The Department of Social Development and the Mayor has also since intervened and have visited Ndivuwo and her family. They are currently exploring the options for better living conditions for the family and have assisted with food parcels, school uniforms and counselling.

With support from PEPFAR, through the US Agency for International Development (USAID), the ANOVA\APACE activity aims to control the HIV epidemic in Gauteng, Limpopo, and Western Cape. ANOVA\APACE works with the Department of Health (DoH) to provide technical assistance that enhances capacity in the HIV and TB continuum of care and the strengthening of the health systems. Through this work, Anova has also developed a partnership with the Department of Social Development (DSD) in order to jointly tackle the issues of poverty and poor health which are intrinsically linked. “The Department of Social Development in Mopani has a good relationship with Anova. We work together to assist vulnerable people in the communities.” Said Yvonne Chauke, District Social Worker from the DSD.

ANOVA\APACE will continue to collaborate, where possible, with DSD to assist vulnerable and underserved communities. These communities are often deprived of the information, finances or access to the health services they need for the prevention and treatment of diseases. Going forward, this partnership is a major link towards strengthening the health systems of South Africa.